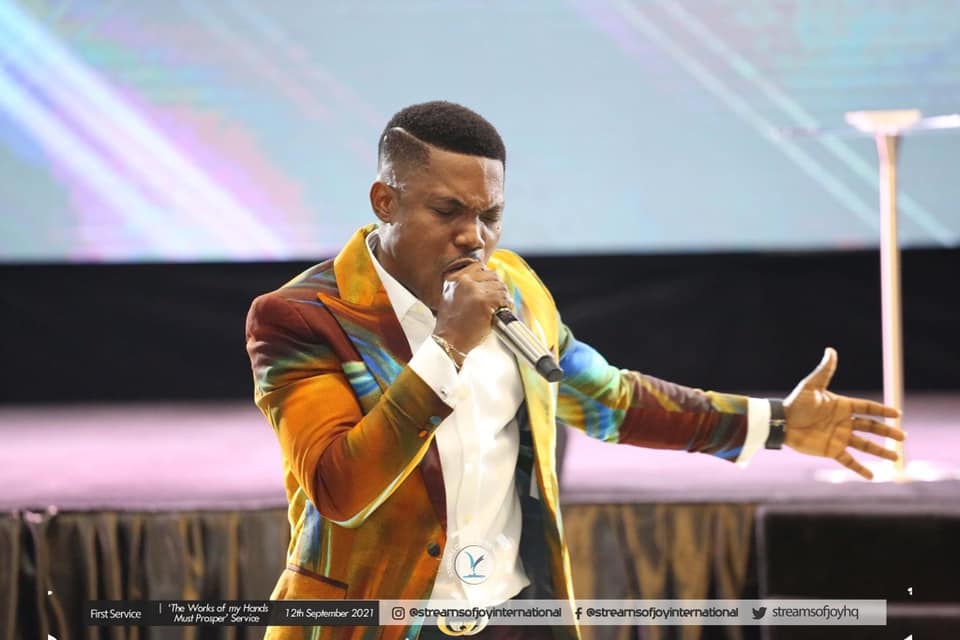 You are reading Today’s inspiring and powerful STreams of Joy Daily Devotional for Thursday 14th of October 2021, written by Pastor Jerry Eze of NSPPD Prayer Platform.

TODAY’S TOPIC: GIVE A COMMAND

That is the Focal Scripture of Streams of Joy Devotional today.
The angel with a drawn sword introduced himself to Joshua in our Focal Scripture, as captain of the Lord’s host. A captain is a military commander. A captain issues commands that enables his men to win the war. So the battle that was about to be won against the walls of Jericho was a battle that needed commands to be issued. It was a war of words of some sort. Someone needed to give commands so that the battle could be won.

The war that Joshua was going to win needed a captain of the Lord’s host. That victory needed someone to give commands so that victory can be attained. Today, arise in the place of prayers and give commands against everything in your nation that needs divine intervention. Raise a voice of lamentation against every altar that is speaking evil against you and yours. Raise your voice against the forces that are halting your advancement.

If Jesus has redeemed you, then you belong to a kingdom where we win wars with our words. If Jesus has redeemed you, then you have what it takes to use your words to shape your world and kill off every opposition against you. It’s not enough to identify the threats to your advancement; unleash the power of God against them. Speak against them in the place of prayer. Use the power of the tongue against every wall of Jericho around you.

Don’t keep silent and allow the enemy to prevail over you when you have the power to prevail over him with your words. Give a command against the gates of hell, and they will go down before you.
2 Corinthians 10: 4 says: “For the weapons of our warfare are not carnal, but mighty through God to the pulling down of strongholds;”

Thanks for reading Streams of Joy Today Devotional 14 October 2021 | Give A Command, written by Pastor Jerry Eze.