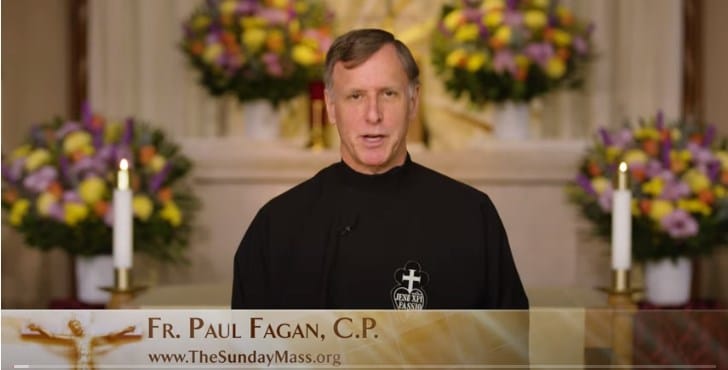 Welcome to Sunday Mass for November 7, 2021 Today Livestream Thirty-Second Sunday In Ordinary Time. May the Lord bless you through this Catholic Daily Mass. Kindly share with other people

First Reading: First Kings 17: 10-16
10 He arose, and went to Sarephta. And when he was come to the gate of the city, he saw the widow woman gathering sticks, and he called her, and said to her: Give me a little water in a vessel, that I may drink.

11 And when she was going to fetch it he called after her, saying: Bring me also, I beseech thee, a morsel of bread in thy hand.

12 And she answered: As the Lord thy God liveth, I have no bread, but only a handful of meal in a pot, and a little oil in a cruse: behold I am gathering two sticks that I may go in and dress it, for me and my son, that we may eat it, and die.

13 And Elias said to her: Fear not, but go, and do as thou hast said: but first make for me of the same meal a little hearth cake, and bring it to me: and after make for thyself and thy son.

14 For thus saith the Lord the God of Israel: The pot of meal shall not waste, nor the cruse of oil be diminished, until the day wherein the Lord will give rain upon the face of the earth.

15 She went and did according to the word of Elias: and he ate, and she, and her house: and from that day

16 The pot of meal wasted not, and the cruse of oil was not diminished, according to the word of the Lord, which he spoke in the hand of Elias.

7 Who keepeth truth for ever: who executeth judgment for them that suffer wrong: who giveth food to the hungry. The Lord looseth them that are fettered:

8 The Lord enlighteneth the blind. The Lord lifteth up them that are cast down: the Lord loveth the just.

9a The Lord keepeth the strangers.

9bc He will support the fatherless and the widow: and the ways of sinners he will destroy.

10 The Lord shall reign for ever: thy God, O Sion, unto generation and generation.

Second Reading: Hebrews 9: 24-28
24 For Jesus is not entered into the holies made with hands, the patterns of the true: but into heaven itself, that he may appear now in the presence of God for us.

25 Nor yet that he should offer himself often, as the high priest entereth into the holies, every year with the blood of others:

26 For then he ought to have suffered often from the beginning of the world: but now once at the end of ages, he hath appeared for the destruction of sin, by the sacrifice of himself.

27 And as it is appointed unto men once to die, and after this the judgment:

28 So also Christ was offered once to exhaust the sins of many; the second time he shall appear without sin to them that expect him unto salvation.

3 Blessed are the poor in spirit: for theirs is the kingdom of heaven.

42 And there came a certain poor widow, and she cast in two mites, which make a farthing.

43 And calling his disciples together, he saith to them: Amen I say to you, this poor widow hath cast in more than all they who have cast into the treasury.

44 For all they did cast in of their abundance; but she of her want cast in all she had, even her whole living.