Welcome to Today Daily Mass Livestream for November 17th, 2021. May the Lord bless you through this Holy Mass, Amen!

First Reading: Second Maccabees 7: 1, 20-31
1 It came to pass also, that seven brethren, together with their mother, were apprehended, and compelled by the king to eat swine’s flesh against the law, for which end they were tormented with whips and scourges.

20 Now the mother was to be admired above measure, and worthy to be remembered by good men, who beheld seven sons slain in the space of one day, and bore it with a good courage, for the hope that she had in God:

21 And she bravely exhorted every one of them in her own language, being filled with wisdom: and joining a man’s heart to a woman’s thought,

22 She said to them: I know not how you were formed in my womb: for I neither gave you breath, nor soul, nor life, neither did I frame the limbs of every one of you.

23 But the Creator of the world, that formed the nativity of man, and that found out the origin of all, he will restore to you again in his mercy, both breath and life, as now you despise yourselves for the sake of his laws.

24 Now Antiochus, thinking himself despised, and withal despising the voice of the upbraider, when the youngest was yet alive, did not only exhort him by words, but also assured him with an oath, that he would make him a rich and a happy man, and, if he would turn from the laws of his fathers, would take him for a friend, and furnish him with things necessary.

25 But when the young man was not moved with these things, the king called the mother, and counselled her to deal with the young man to save his life.

26 And when he had exhorted her with many words, she promised that she would counsel her son.

27 So bending herself towards him, mocking the cruel tyrant, she said in her own language: My son, have pity upon me, that bore thee nine months in my womb, and gave thee suck three years, and nourished thee, and brought thee up unto this age.

28 I beseech thee, my son, look upon heaven and earth, and all that is in them: and consider that God made them out of nothing, and mankind also:

31 But thou that hast been the author of all mischief against the Hebrews, shalt not escape the hand of God. CONTINUE READING 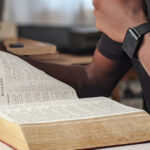 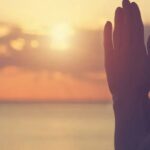 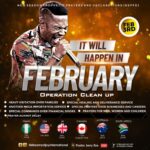