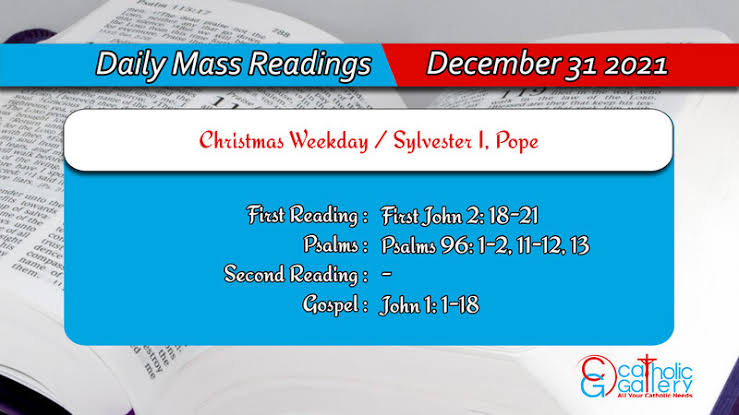 Welcome to Catholic Mass Today 31 December 2021 | Daily Mass, Friday – Christmas Weekday / Sylvester I, Pope. God bless you as you read through this Holy Mass. Kindly share with other people.

19 They went out from us, but they were not of us. For if they had been of us, they would no doubt have remained with us; but that they may be manifest, that they are not all of us.

20 But you have the unction from the Holy One, and know all things.

1 Sing ye to the Lord a new canticle: sing to the Lord, all the earth.

2 Sing ye to the Lord and bless his name: shew forth his salvation from day to day.

11 Let the heavens rejoice, and let the earth be glad, let the sea be moved, and the fulness thereof:

12 The fields and all things that are in them shall be joyful. Then shall all the trees of the woods rejoice

14a, 12a The Word of God became flesh and dwelt among us. To those who accepted him he gave power to become the children of God.

2 The same was in the beginning with God.

3 All things were made by him: and without him was made nothing that was made.

4 In him was life, and the life was the light of men.

5 And the light shineth in darkness, and the darkness did not comprehend it.

6 There was a man sent from God, whose name was John.

7 This man came for a witness, to give testimony of the light, that all men might believe through him.

8 He was not the light, but was to give testimony of the light.

9 That was the true light, which enlighteneth every man that cometh into this world.

11 He came unto his own, and his own received him not.

12 But as many as received him, he gave them power to be made the sons of God, to them that believe in his name.

14 And the Word was made flesh, and dwelt among us, (and we saw his glory, the glory as it were of the only begotten of the Father,) full of grace and truth.

15 John beareth witness of him, and crieth out, saying: This was he of whom I spoke: He that shall come after me, is preferred before me: because he was before me.

16 And of his fulness we all have received, and grace for grace.

17 For the law was given by Moses; grace and truth came by Jesus Christ.

18 No man hath seen God at any time: the only begotten Son who is in the bosom of the Father, he hath declared him.

[mc4wp_form]
By signing up, you agree to our Terms of Use and acknowledge the data practices in our Privacy Policy. You may unsubscribe at any time.
TheGospelNG December 30, 2021
Previous Article 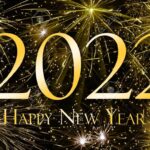